My husband is wearing high heels... It’s always the same question: can you wear pumps as a man?
And the crystal clear answer is: Yes!

In this post I’ll tell you first of all about my beginnings, then where I prefer to buy my shoes and a few more experiences as a man in high heels.

Approach gently or go for the deep end?

In retrospect, you’re always smarter, and that’s how I was. Because I made it unnecessarily difficult for myself! Nevertheless, I would like to emphasize that it was the best way for me. What was it like for me? I write a decades-long story in secret. Beautifully with closed windows, lowered blinds and in such a way that nobody would notice it. It took a long time until I confessed it to my wife. Feel free to click in and read through the beginnings.

But all in all, it was a never-ending story until I ever walked in high heels in public, because I made it difficult for myself, so to speak. I’ve probably owned more shoes in my life than the average woman is considered to own. And all these shoes have been sold second hand, involuntarily donated or given away. Involuntarily because I never really owned them. Sometimes they belonged to a friend who had “forgotten” them at my place, sometimes to my ex and so it went on. And whenever someone had found them, as a teenager the parents and in late age the girlfriends, they were disposed of. Too bad actually…

The first time publicly in women’s clothing was then over ten years ago in a denim mini, gray boot heels and a women’s down jacket on the footpath between two parts of town with my girlfriend at the time – at night at 1 o’clock in the winter on an unlit bike path and admittedly anything but sober. She considered it a dare and did not suspect soooo much of my inclination. She always chalked it up to a “dare” anyway. Until, after two years, I ran out of arguments for even more clothes, shoes, etc.

She was also the one who first put me in a flared leo skirt at carnival, with a pink top and black ballerinas – anything else would have been too hard. But my first experience in high heels came almost two decades later.

My first pair of high heels

So I bought the first pumps in black from Deichmann * and was with it quite classically to the carnival the first time in public. That is then the so-called protected frame. Will no one come to the idea to assume that it is a passion and not just a disguise. But it was at Altweiberfasching, where again everyone dresses up as a woman who dares. If you like, click yourself purely, because here I have written more about dressing up as a woman at carnival.

The first time on heels in a store

It was at the end even so that I stood in absolute full montour in the locker room. Black platform shoes, red corset and dress – with my wife always on the sidelines.

Now it gets really serious

The pattern with the black feminine shoes in the public pulls itself thus with me since always consistently through, because also the first time then really correctly in the public, during the day completely without cause and carnival and protective frame, was I me black ankle boots. To me it was a little scary at first, because you could “hear” me very well while running. Is just something different than shoes with rubber soles. But it was no problem at all. I walked from the hotel room to the elevator and from there through the crowded hotel lobby to the reception, as if it is totally normal for a man to wear high heels. As far as I could tell, not even one person turned around and looked.

And that brings us right to the point. As far as I have just overheard. I was already very engrossed in my tunnel. Holding hands with my wife by my side. Heart exploding and beating up to my neck. Half a dozen couples waiting at the reception counter. People walking in and out. And outside, because of the excellent weather, there were also massive numbers of people and walkers. Dreamlike conditions, then, and exactly what I would metaphorically understand by the so-called cold water.

It was insanely cold, even frightening. I froze and my gaze was always directed forward. As if I thought, whom I do not see, he sees 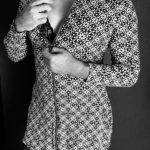 Men wearing skirts: Is it just a trend?

We live in exciting times. When you have a look at New York Fashion Week, concerts of Harry Styles or at the Venice Int. Film Festival - you see eye catching celebrity outfits. During the last decades outfits on the red carpet always has been - let's call them...

END_OF_DOCUMENT_TOKEN_TO_BE_REPLACED My world as a man in women clothes

The first blog entry in a project that I thought couldn't be real. Hardly anyone knows that I am doing it. For decades Why do I do this? Possibly because dressing up is and always has been an essential part of my life. You don't really know me, even if you think you...

END_OF_DOCUMENT_TOKEN_TO_BE_REPLACED Mengerie – or sexy lingerie – for men

Or also: my husband now wears women's underwear for men. Why? Who thinks now, the topic "thongs, bras and bodies for men" is a bit too much of a good thing and that would certainly make no one: the or the is seriously mistaken. Admittedly, at the beginning it was for...